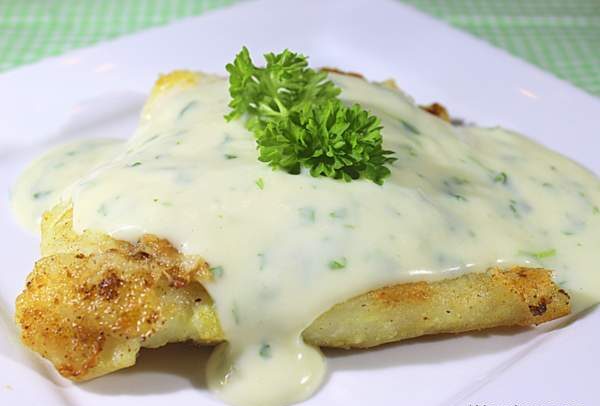 For the parsley Sauce:

Preheat the oven to 220oC/Gas Mark 7.  Season the cod with salt and pepper and a squeeze of fresh lemon juice.  Place the cod in a greased ovenproof dish and bake for approximately 15 minutes.  Pop under a grill if desired after cooking to finish browning.

Meanwhile why the cod is baking, melt the butter in a pan and stir in the flour. Stir over a low heat for a minute. Draw off the heat and gradually stir in the milk. Add a small splash first, stir in thoroughly, then another splash, and stir, and carry on like this until you have a thick cream. Then you can add the milk more generously, again stirring it in well until smoothly amalgamated. If you do end up with a few lumps, don’t panic. Sieve the sauce when it’s finished simmering (but before you add the parsley) and no one will ever know.

Bring the sauce up to the boil, reduce the heat and simmer gently for 5-10 minutes, stirring occasionally to prevent it from catching. By now, the taste of raw flour should have disappeared but, if not, cook it a little longer, possibly raising the heat a touch. Stir in the cream and simmer for a few more minutes, until the sauce is of a pleasing pouring consistency. Stir in a good squeeze of the remaining lemon, add the chopped parsley, and an extra knob of butter (the size is entirely up to you!) and salt and pepper. Taste and adjust the seasoning then serve over the top of the baked cod.

For a cheaper alternative try a large piece of haddock that will easily feed 2 people per fillet or try coley loins.

Alternative Fish: Haddock, Coley or even Cooked Lobster if you fancy a Treat 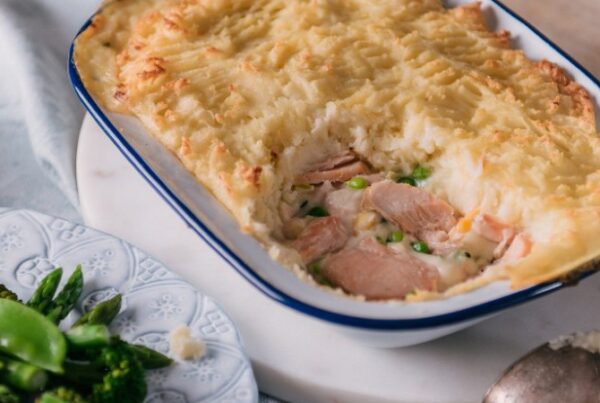 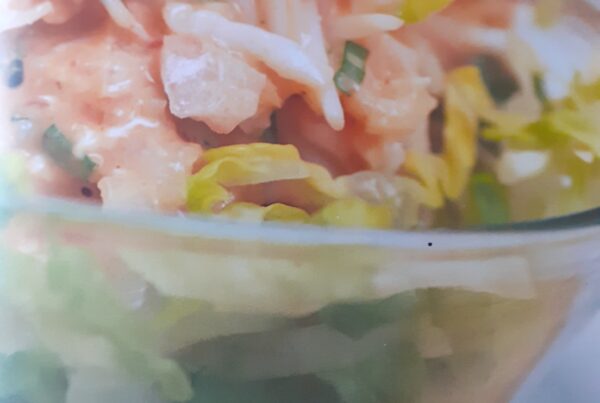 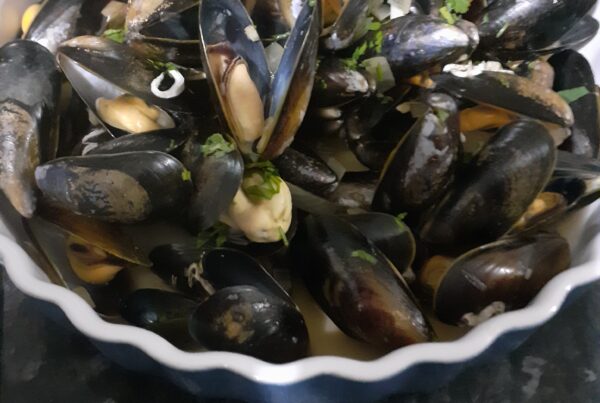 Free local delivery (£20 minimum order), Free shipping on National Orders over £75. Other rates may apply.
We use cookies on our website to give you the most relevant experience by remembering your preferences and repeat visits. By clicking “Accept”, you consent to the use of ALL the cookies.
Do not sell my personal information.
Cookie settingsACCEPT
Manage consent

This website uses cookies to improve your experience while you navigate through the website. Out of these, the cookies that are categorized as necessary are stored on your browser as they are essential for the working of basic functionalities of the website. We also use third-party cookies that help us analyze and understand how you use this website. These cookies will be stored in your browser only with your consent. You also have the option to opt-out of these cookies. But opting out of some of these cookies may affect your browsing experience.
Necessary Always Enabled

Any cookies that may not be particularly necessary for the website to function and is used specifically to collect user personal data via analytics, ads, other embedded contents are termed as non-necessary cookies. It is mandatory to procure user consent prior to running these cookies on your website.